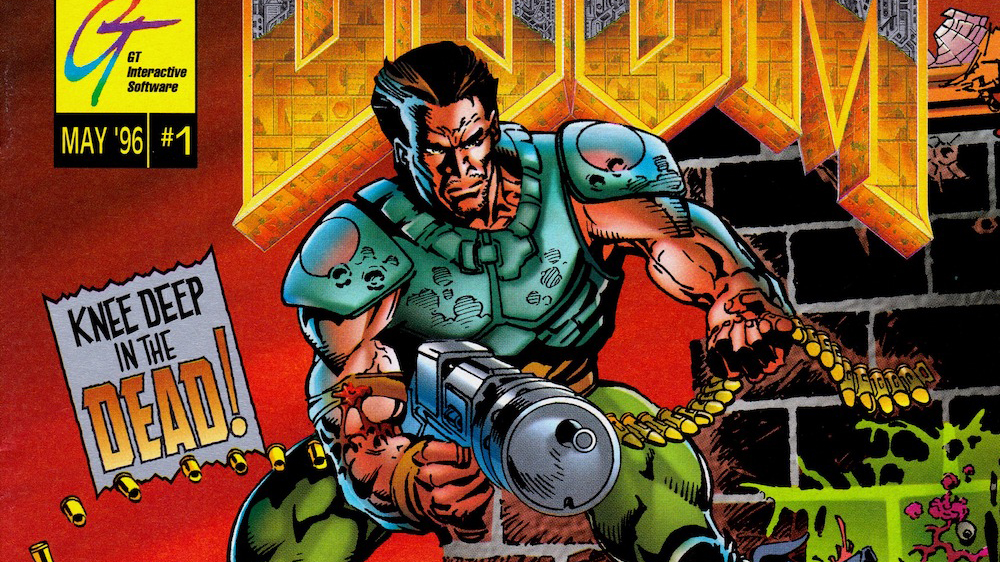 Doom: Knee Deep in the Dead was released in 1996. The comic wasn’t sold separately, but was given away at a video game convention instead. The comic was written by Steve Behling and Michael Stewart and signed by Tom Grindberg. The story has no connection with the book of the same name and not really with the games either.

In Doom: Knee Deep in the Dead, a marine without a name has lost his weapon. Initially, he comes a long way thanks to the Beserker-pack, but then finds a Cyberdemon that he can’t handle. He goes looking for the BFG-9000 with which he hopes to defeat the Cyberdemon. Meanwhile, the Marine is constantly talking to himself about all the misery that happens and he wonders out loud why there is so much radioactive waste around and what kind of polluted world future generations will end up in.

25 October 202025 October 2020 Lars Cornelis 0
Yes, we use cookies. Otherwise, this website would not work. If you continue to use this site we will assume that you are happy with it.OkPrivacy policy