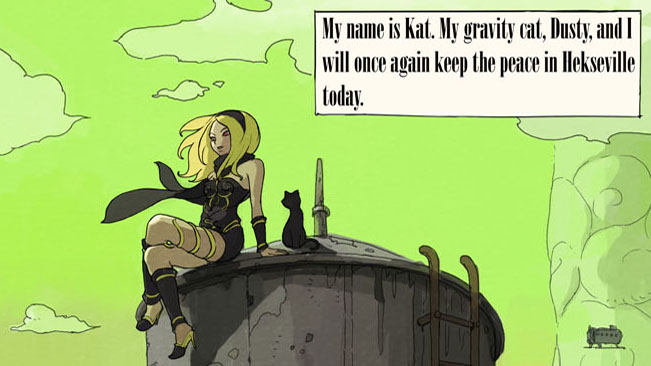 Gravity Days is a comic based on the game Gravity Rush for PlayStation Vita, released in 2012. The comic was released to promote the game and is set after the events of the game. In the comic some superpowers of heroine Kat are demonstrated.

In four short stories, including The Protectors of Hekseville, Red Balloon, The Little Troublemaker, and The Night Circus, Kat gets several small assignments from the people of Hekseville. One moment she has to use her powers to deliver something, while in another comic she has to look after a baby.

The comic is drawn in the same style as the comic book-like interludes in the game. In addition, the stories contain several winks to the game.

25 October 202025 October 2020 Lars Cornelis 0
Yes, we use cookies. Otherwise, this website would not work. If you continue to use this site we will assume that you are happy with it.OkPrivacy policy