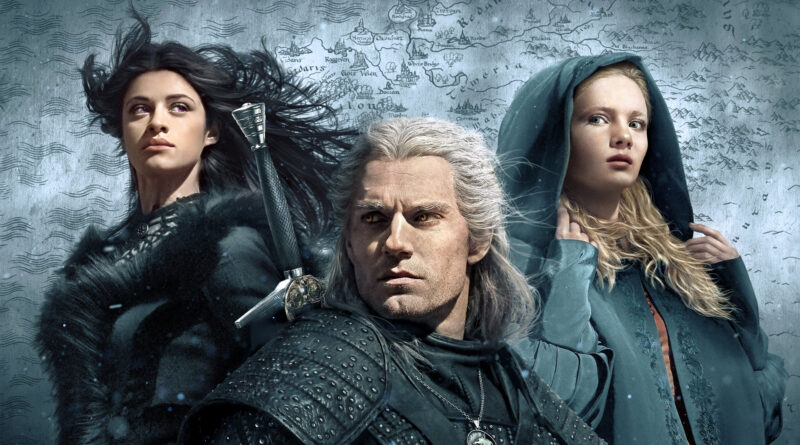 Ever since The Witcher was adapted into a Netflix Series, the interest in the games and books is also increasing enormously. Steam Charts saw the number of players of The Witcher 3 roughly triple in December 2019. It’s only natural that such a successful series fuels the hunger for more. So where do you start? We’ll show you where, with our The Witcher Timeline: all books, comics, movies and video games in chronological order.

Since The Witcher is originally a book series, we’ll start with an overview of all the books in the official order.

Make no mistake, although everything bears the name ‘The Witcher’, they don’t share one universe. The events from the books, the video games and the Netflix series are therefore basically independent of each other. This gave the makers of the Netflix series the creative freedom not to let the cast exactly match the characters from the books and video games in terms of appearance, for example which can be seen especially with Triss Merigold. That’s why we officially use three different parts in The Witcher Timeline:

Yet everything is based on the same source material: the books of the Polish writer Andrzej Sapkowski. Sapkowski started writing some short stories in the 1980s, starring Geralt or Rivia. Those stories were later compiled again, meaning that in the first years the publications and the chronological order were not quite the same.

After the short stories Sapkowski wrote several complete novels starring Geralt and Ciri, and the short stories also got a permanent place in the whole saga. Sometimes, when numbering the books, people start with Blood of Elves als the first book, even though it is chronologically speaking the third issue. The Last Wish and Swrod of Destiny are also often bundles into one omnibus, making the numerical order of the books quite confusing.

In the early 90s comics based on the short stories were also published, written by Maciej Parowski and illustrated by Boguslaw Polch. The comics are now also available in hardcover bundles, but for the sake of clarity we’ll name them separately in the order.

The Witcher – Books in chronological order:

If you really want to read everything (and if you can read Polish), Sapkowski’s collection of short stories Coś się kończy, coś się zaczyna (roughly translated as Something Ends, Something Begins) includes two more The Witcher stories, of which Droga, z której się nie wraca (A Road with No Return) is actually considered a canon. Parowski and Polch also made a comic of this. The other story is a parody about Geralt and Yennefer.

A number of comics have also been released around the video games, which are completely separate from the work of Parowski and Polch. If you still want to consider the video games as a continuation of the books, the first comic, Reasons of State, would take place at the time of the stories from Swords of Destiny. Fox Children was released after House of Glass, but is an adaptation of a chapter from the book Season of Storms.

The Witcher – Video Games in order (including tie-in comics):

Author Andrzej Sapkowski once made it clear in an interview with Eurogamer that the video games are completely separate from his books. Yet we see the same characters, such as Geralt, Ciri, Yennefer and Triss Merigold, and there are references to events from the books. For example, Geralt is regularly called Butcher or Blaviken, a nickname he gets from a fight in the book The Last Wish.

In any case, Sapkowski is not a fan of video games (generally speaking) and it is therefore unlikely we’ll ever see a book that takes place during or in between one of the video games. This also gives CD Projekt Red the freedom to deviate from the books.

And then there’s the Netflix series. Although this series has no direct ties to either the video games or the books, the story of the series is based directly on that of the books. On the two collections of short stories The Last Wish and Sword of Destiny, to be more precise. It is to be expected that the second season (release in 2021) will continue the story and adapt the story of the third book, Blood of Elves.

The episodes are based on the following short stories:

In the past there have also been other attempts to bring Sapkowski’s books to the silver screen. In 2001, for example, the film The Hexer was released. That story was continued in 2002 with a TV series also called The Hexer. Officially, these were only released in Poland. Although based on the books, they officially have nothing to do with the books, the video games or the Netflix series.

This overview of The Witcher Timeline has been compiled with as much care as possible. Nevertheless, it is possible that an error has crept into our chronological order. Do you know more about The Witcher than we do? Then please contact us and tell us what we did wrong!

One thought on “The Witcher Timeline – Everything in Chronological Order”

Although we’re yet to see a real Halo Movie (you know, the kind you’d watch in the cinema), there are

10 April 202117 May 2021 Lars Cornelis 0
Yes, we use cookies. Otherwise, this website would not work. If you continue to use this site we will assume that you are happy with it.OkPrivacy policy